The trace id is the id you find by doing a select * from sys.traces

0 stops the trace, 1 starts the trace, 2 closes the specified trace and deletes its definition from the server. (see MSDN image screenshot below)

(According to Microsoft, “A trace must be stopped first before it can be closed.”)

Let’s walk through the process. 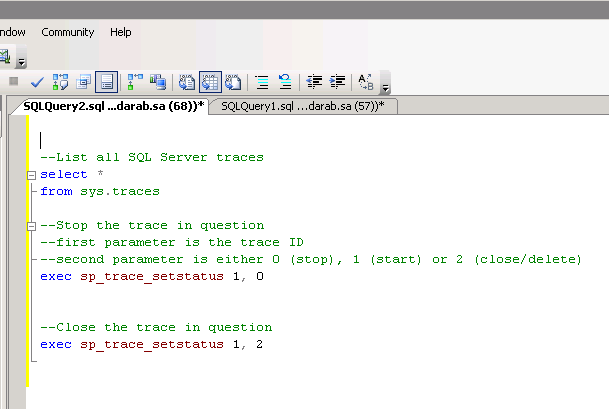 5 Replies to “How to Stop & Delete a SQL Server Trace”