Wifi routers have always been a pain in the butt for me. I live in a 3-level townhouse and it’s always been a challenge to evenly distribute the internet across all three floors. Over the past 10-15 years, I’ve tried multiple routers. From name brands like the old Linksys WRT54G router and Apple Airport Extreme, to the lesser known Almond+ by Securifi. The Almond+ was actually great when compared to the rest. The setup and wifi reception was great. The only downside was the router was on the third floor, so the internet speed in the basement was horrible. I started to do more research on how to evenly distribute the wifi and came across products like eero, and Google Wifi. These products offer a “3 pack” of routers that work together to give you evenly distributed internet reception.

It really comes down to whether you have a budget. The eero 3 pack is 155.97 more than the Google Wifi. Is it worth it? To me it wasn’t. I decided to go with Google. If for some reason my internet was not significantly better on all three floors of my house I planned on returning it and trying out the eero.

Amazon shows the product as “out of stock” so I went straight to the Google store. Google has a 14-day return policy, and they sell it for the same price of as Amazon. 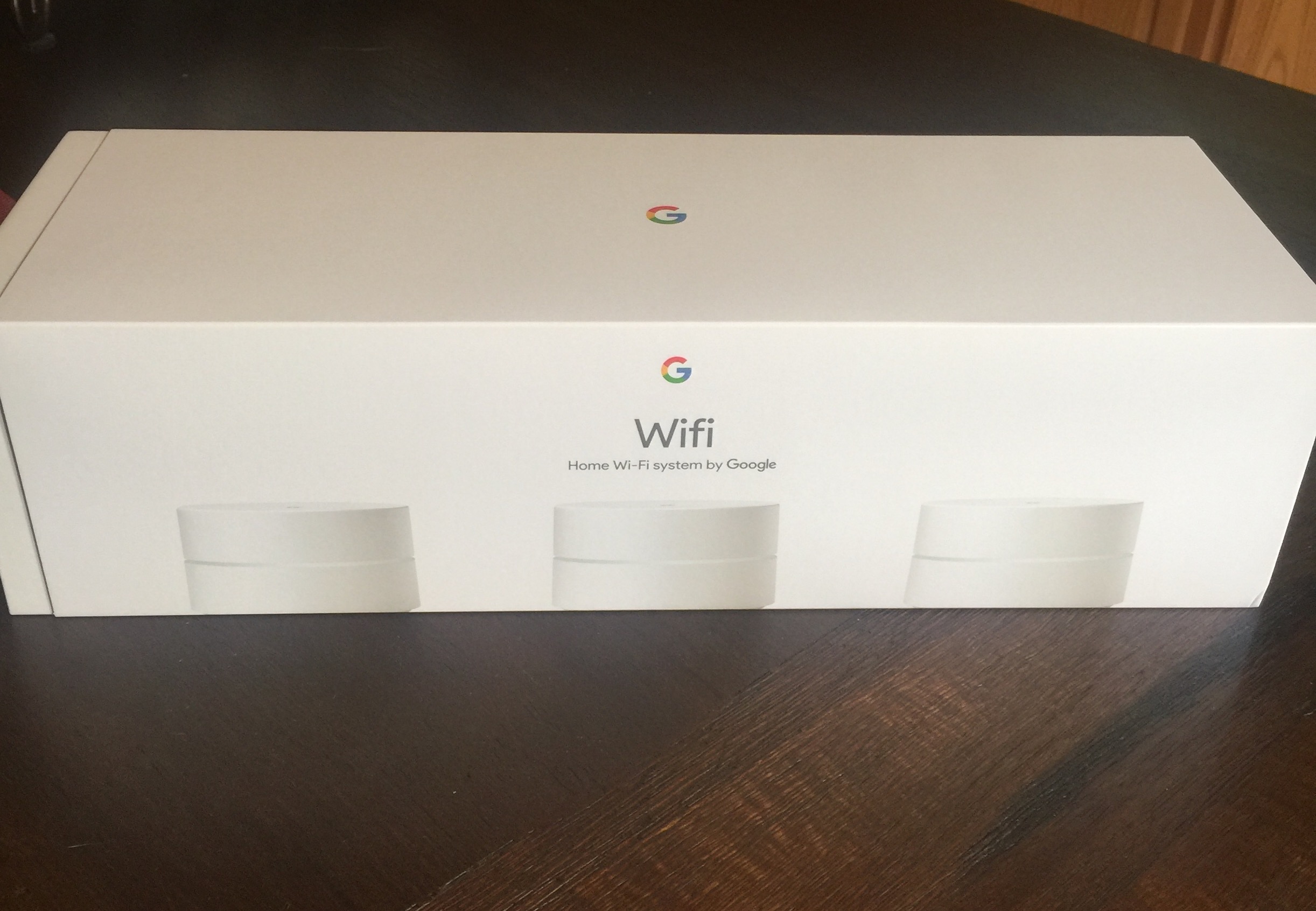 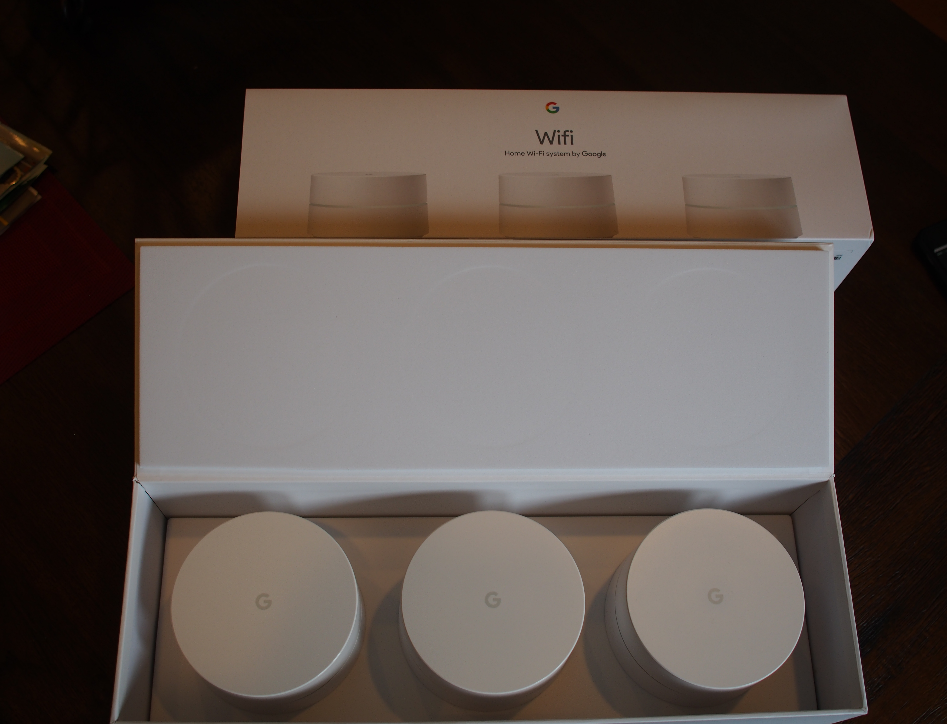 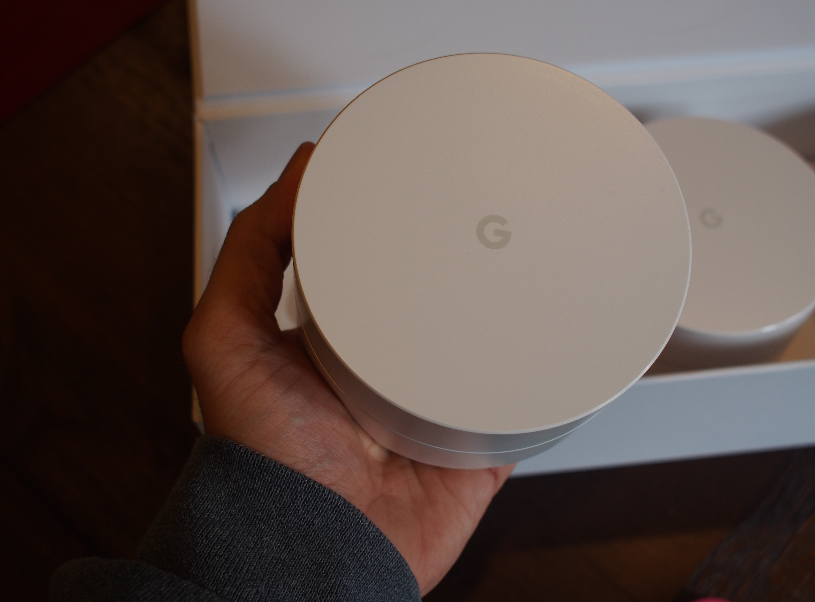 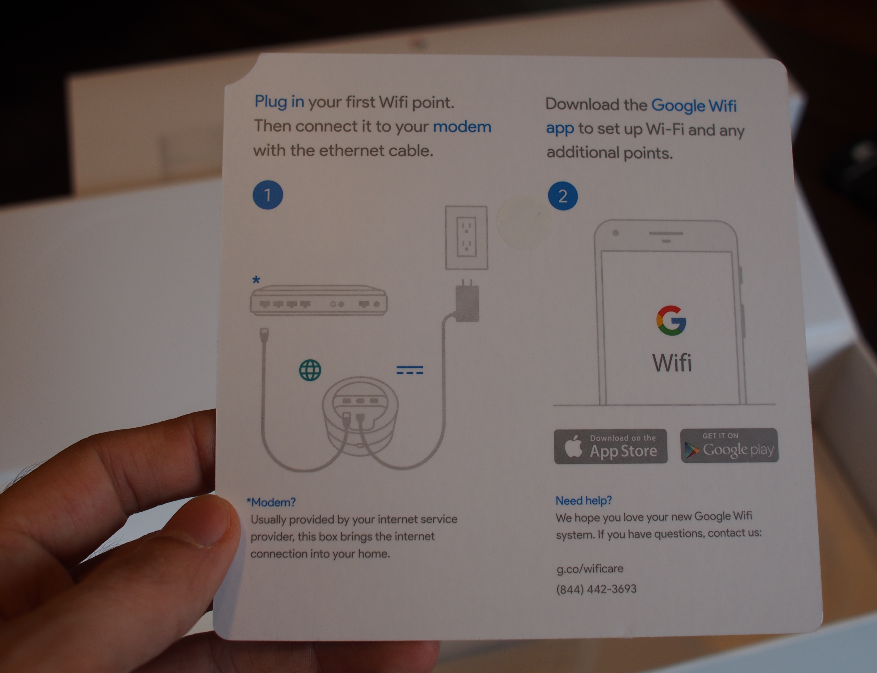 The instructions are literally on a one-sided card. Very easy to setup, Step 1 Plug it, Step 2 Download Google Wifi app and launch it. The Google Wifi app (itunes), was very simple and sleek looking. It didn’t take much to get all the routers up and running. 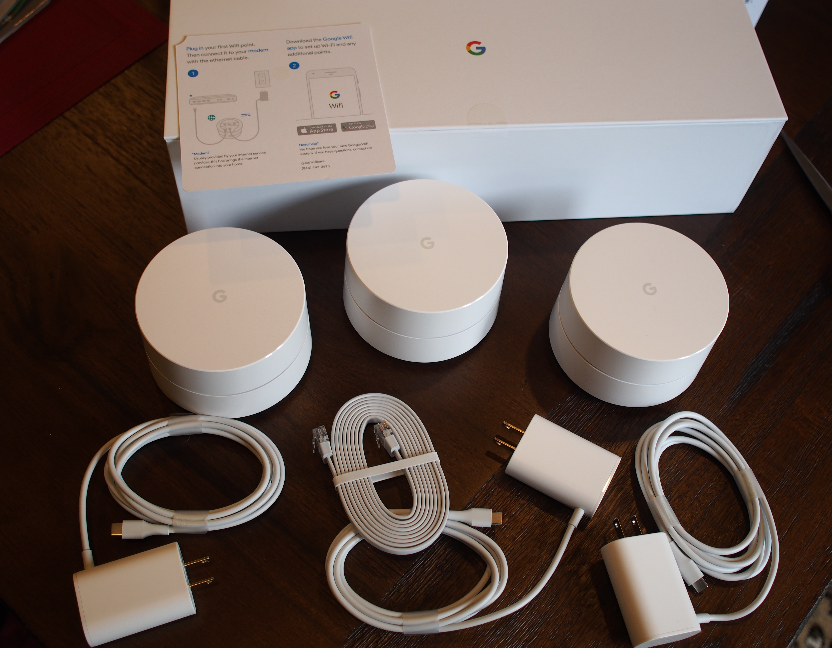 Everything in the package:

I placed one router on each floor; third floor bedroom/office, mid-level living room and basement. I ran a speedtest before I turned off my old router, installed Google Wifi and ran the speedtest again to compare results. Below is a screenshot of the speedtest results. Starting from the lowest result (11:33 am) going up is the bedroom/office, living room and basement. As you can see, the download speed drops from 53.81 Mbps on the upper level to an ancient 9.23 Mbps in the basement. The next three results are after installing Google Wifi. All three levels of my house are now at 64-65 Mbps. 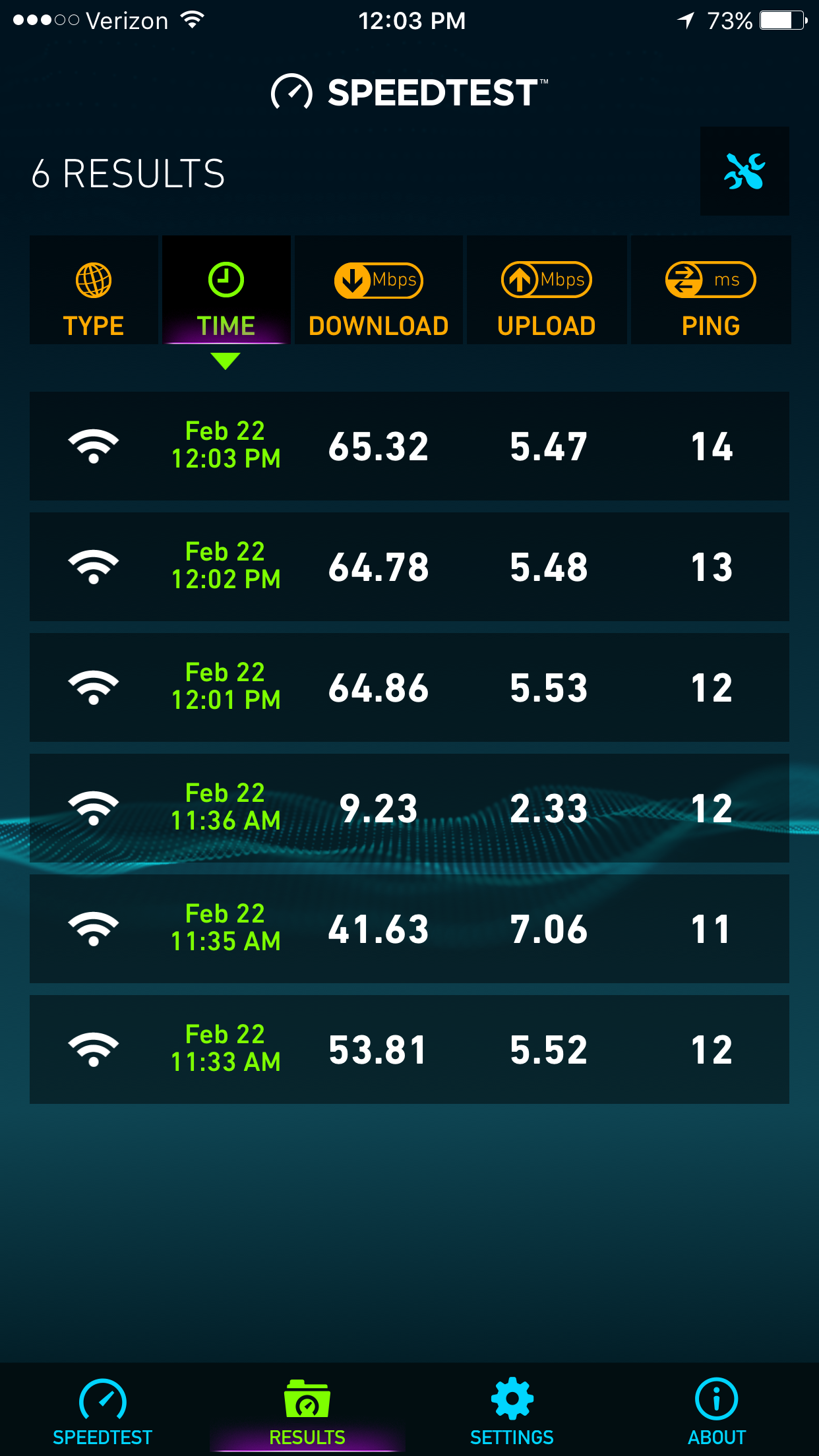 I created a little excel document for a clearer BEFORE and AFTER view of my internet reception.

Bottom line: For 299.00, it’s cheaper than eero and well worth it! The Google Wifi app is pretty amazing with neat features such as “family time”, easy “guest network” creation, ability to change the brightness of the individual router LED lights, etc.

I LOVE the Google Wifi routers!

One Reply to “Google Wifi Review”