I decided to start a series of blogs where I interview key people in the SQL Server community. Instead of me asking technical questions, I plan on asking about their outlook on the future, books they read (non-fiction and/or technical),  and their overall thoughts on where technology (mainly SQL Server) is headed. You can find more interviews here. 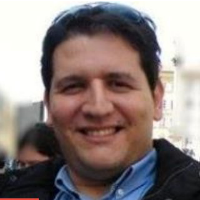 Pedro: Definitely will – the cloud is here to stay. PaaS and SaaS models add a lot of flexibility to business and operations, and the elasticity to adjust to volatile workloads is unparalleled in cloud as compared to an on-premise data center. The 1st wave is non-critical workloads moving to the cloud, but we are already seeing trends of customers wanting to use Azure for critical workloads, namely now that cloud vendors (namely Azure) are compliant with more security certifications. Azure Managed Instance is also step in this direction, allowing a database layer of an app to just lift and shift to Azure maintaining the concept and manageability of a SQL Server instance.

Pedro: Traditional, as in running backups and such? Yes it will be eliminated, and that’s a good thing. Those are repetitive tasks that should be automated anyway. However, the role of a DBA as a shepherd of the database service, devoting skills to performance tuning, security management is far from over. And with new capabilities coming to the engine (R, PolyBase, engine now running on Linux) that require integration, a DBA role is centerstage in this regard. So in summary, a DBA won’t get replaced, if a DBA keeps updating its skills to continue to be relevant. Isn’t it the same in any job?

Pedro: personally, because it is rooted in one of the most recurrent topics in the community, is the work we’ve been doing to make query troubleshooting so much easier, with all the showplan diagnostics we’ve been adding (link) – and we’re are not done :)

Pedro: Technical books, I still keep the Internals series at hand. But the tech world is evolving at a pace tech books don’t remain relevant for long. For example I’ve been dedicating some of my time to making sure SQL Server online documentation keeps updated and relevant – it’s like writing a book that you need to go back to every couple months. Most of internals stuff is available at this quick URL.

Pedro: Very difficult to answer: remain vigilant, remain relevant. I just had a good friend and colleague move from a role where he was solely dedicated to Storage Engine, to a more architectural role where he needs to gain deal with breadth rather than depth. What I mean is, don’t be oblivious to the world racing by you, at the very least, if you are deep in Engine like you say, make sure Azure, BI and such are not completely strange to you.