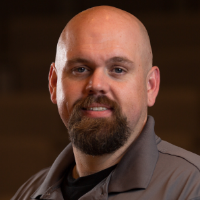 John: I don’t believe so, no.  While the cloud is definitely changing the landscape of the traditional database administrator I think that on premises installations of SQL Server will be around for many years to come.  The cloud is slow to being adopted in several sectors, namely financial and health care.  Both of those sectors have strict guidelines around data security (as they should) so I think organizations are weary of it. However, with that said, I do think that individuals will be missing out of future career opportunities by not having some level of understanding of various cloud technologies.  I myself recognized the shift in this landscape and recently took a new job with a new company in part to explicitly gain more exposure to Microsoft Azure.

John: If you are active in reading SQL Server related sites, you have probably seen multiple articles around this very topic.  I do not believe that the traditional role of being a database administrator will be replace.  I know that starting with SQL Server 2017 Microsoft introduced an automatic tuning feature that will automatically identify and fix certain performance issues. I personally think this is a great feature to implement as it’ll help organizations resolve issues much quicker.  If issues are resolved quicker, then the customer end user experience is better, they buy more widgets and it rains money.  However, even with features such as automatic tuning, you’ll still need someone at the helm.  Even sophisticated systems (like the Space Shuttle) still has to have individuals at mission control to check up on things, make adjustments and even potentially hit the abort button. I think DBA’s will be around for quite some time regardless of the ongoing speculation on the interwebs.

John: Excellent question.  I think I’m most proud of the Omaha SQL Server User group.  Let’s use the TARDIS and travel back to mid-2007.  The local user group had been dead for sometime and I knew that I wanted to reboot it and get Omaha involved in the community.  Myself and a colleague decided to make a run at it and try to get things rolling.  Fast forward 7 years later, I moved to Louisville, Kentucky and turned the reigns over to someone else locally.  At that time, we had a very solid user base with an average meeting attendance between 30-40 people along with a mailing list of 800+ people.  This is an outstanding accomplishment for city like Omaha, Nebraska (yes, we had SQL server in Omaha, Nebraska).  We also hosted two SQL Server events in the last years of my tenure and had great turn out at both events.  I’ve always been very proud that I was a part of that journey and to be able to give back to my local community.  There are some really great #SQLFamily members in Omaha.

John: Right now I’m reading a book by Tom Roush called “Stupid Things Papa Did When He Was Younger“.  Tom was a #SQLFamily member who recently passed away and on the day of his passing, his book was published. It was an honor to have known him and his stories are always well worth the read. I am also a fan of self-help type of books.  I’m a firm believer that we can all be better people, so I’m trying to improve myself in this journey we call life. ;-)

John: As someone who is a die hard DBA (IE: I’m not a Business Intelligence guy), my recommendation is to have hybrid approach to this.  I love all things about the internal workings of SQL Server but I can also stand-up and manage the other facets of the stack.  I think as a database administrator, one of our roles that we should fulfill for our employers (or our clients) is to know as much of the landscape as possible to help drive the organization in the right direction.  So I’d recommend people to examine what they are passionate about within the field, obtain specific knowledge about that passion while being aware of the peripheral technologies.  This peripheral knowledge combined with that core expertise can only help the individual.  Once you’ve learned something, nobody can take that away from you and it is yours to wield.