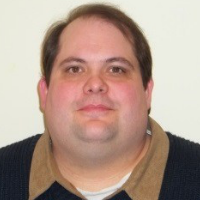 Robert: It already is harder to find a job if you have gained no cloud skills or experience. Even companies that are still operating on-premises only realize that the cloud may be something they can take advantage of are looking for employees that already have those skills to help them make the right decisions. Along similar lines, companies not already taking advantage of the cloud are bringing in consultants when in the past they would have hired a full time person for a position because they need someone with cloud knowledge and experience.

Robert: I don’t see the position being replaced, but I do see its definition evolving. My last traditional DBA role was different than any I had ever held before due to the DevOps movement. For the first time ever, I was in a DBA role that had no participation at all in production deployments. The deployments were being automated by developers, and my job was more of one where I looked for potential problems and performance issues and fixed them after they hit production.

Robert: The proudest moment for me personally has been inspiring others to become helpers in the community. Some of my fondest memories are when I sat in on someone’s first SQLSaturday presentation at their request to give them confidence to make that first presentation or when I see people that used to be frequent help seekers on #sqlhelp on Twitter transition to start answering questions on #sqlhelp.

Robert: I’m a massive horror fiction fan. I read other stuff, but horror fiction is my first love. I also write horror fiction, and I hope someday to be able to recommend that someone read my own book. Until that day comes, I would say that if someone wants a good book to read, they should check out the books by horror writer Clive Barker. My favorite book of his is Imajica which is really more fantasy than horror, but it is great. I’ve read Imajica 3 times.

Robert: I think it’s good for someone’s career to have something that they are considered the expert of. However, I believe that a good SQL Server professional is one who never stops learning. People like to hire someone who is a specialist of something, but they also want someone that can do more than just that. You have to expand your skill set to stay relevant. You really need to be able to go both wide and deep, not necessarily on the same topic, but you can’t just be a one-trick pony.