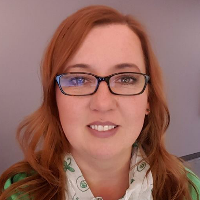 Rie: I don’t think so. They might not be able to get a flashy job at a fast-moving software company, but there will always be companies or industries that move more slowly than technology. The banking & hospital administration industries are a prime example of those that don’t respond quickly to leaps forward in technology and are far more likely to have reservations on the security of the cloud. My advice here would be to become familiar with the technologies. If you aren’t pursuing a job in that realm or your current job isn’t likely to need it, then a working knowledge is enough to keep you “in touch.” Then, when it becomes necessary, you’ll have a bit of a head start on where you need to be.

Rie: If you read too many SQL Family blogs, you’d be convinced all of our jobs are going away tomorrow. They surely believe the sky is falling! I don’t think DBA jobs will ever disappear. If you believe everything you read, then our jobs should have all been eliminated a decade ago or maybe longer. They will always be a need for administration, maintenance & recovery personnel. That isn’t to say the role of the “traditional” DBA won’t change. Of course it will, just as technology changes. That being said, there are some things you don’t want to leave to chance or to someone that’s just a button pusher. And the integrity, security and availability of your systems databases are one of those things.

Rie: This answer is a no-brainer. I’m most proud of being a part of the book, Let Her Finish: Voices from the Data Platform. A total of 7 authors, including myself, collaborated on a book dealing with all different aspects of the data platform, from BIML to backups. My chapter was on creating a disaster recovery plan. Each woman that contributed a chapter was an MVP or an MCM. Brilliant women with great experience in the data space agreed to write a book with me. We released the book during PASS Summit in 2017, with proceeds going to a women’s charity. The driver behind the book was supporting women’s voices in tech. We wanted each woman that contributed to the book to tell her story, in her own words. Without interruption or interpretation. It isn’t often that women get that chance. It was a great honor to be a part of the book.

Rie: I found a book that is a blend of technical & non-fiction.  A colleague recommended the book Technically Wrong: Sexist Apps, Biased Algorithms, and Other Threats and it changed the way I think about apps & web forms!  Don’t worry, this isn’t some feminist book.  It talks about how biases, averages or the status quo fails us all, but especially anyone that’s a person of color, not straight or otherwise coloring outside the lines.  It’s taught me to expect more; demand more from the technology I use.  Examples are far reaching.  An app for helping a woman track her cycle assumes we’re all trying to get pregnant (newsflash: we’re not!).  Social media apps tell us to wish happy birthday to deceased friends & relatives.  In 2011, if you told Siri you were considering shooting yourself, she gave you directions to a gun store.   It helped me understand how biases & a lack of diversity fail us as we develop technology to solve problems.

Rie: I think it’s probably best to blend those two paths. If you’re too focused, you’ll find a more limited range of options when you want to transition jobs. At the same time, if your skill-set covers a wide variety of experience but none of it goes very deep, you’ll find the same problem. My advice would be focus on something, but only go a half mile deep instead of a mile. That leaves you some bandwidth to get a working knowledge of several other aspects of the job.

One Reply to “Interview – Rie Irish”