One of the biggest questions I had when I first started diving into Big Data Clusters was, “What about licensing….how will that work?” With so many different instances running on the storage pool, data pool and compute pool nodes will licensing cost too much? The answer I got from Microsoft was that it will “be competitive”.

Well, with the general availability of SQL Server as of this week, Microsoft is making it way more financially attractive than I thought. Below is a summation of the SQL Server 2019 Licensing Guide for Big Data Clusters.

You can watch the video below if you choose:

It’s pretty straight forward (bear with me). I’ll start with an image example that is in the licensing guide (page  16): 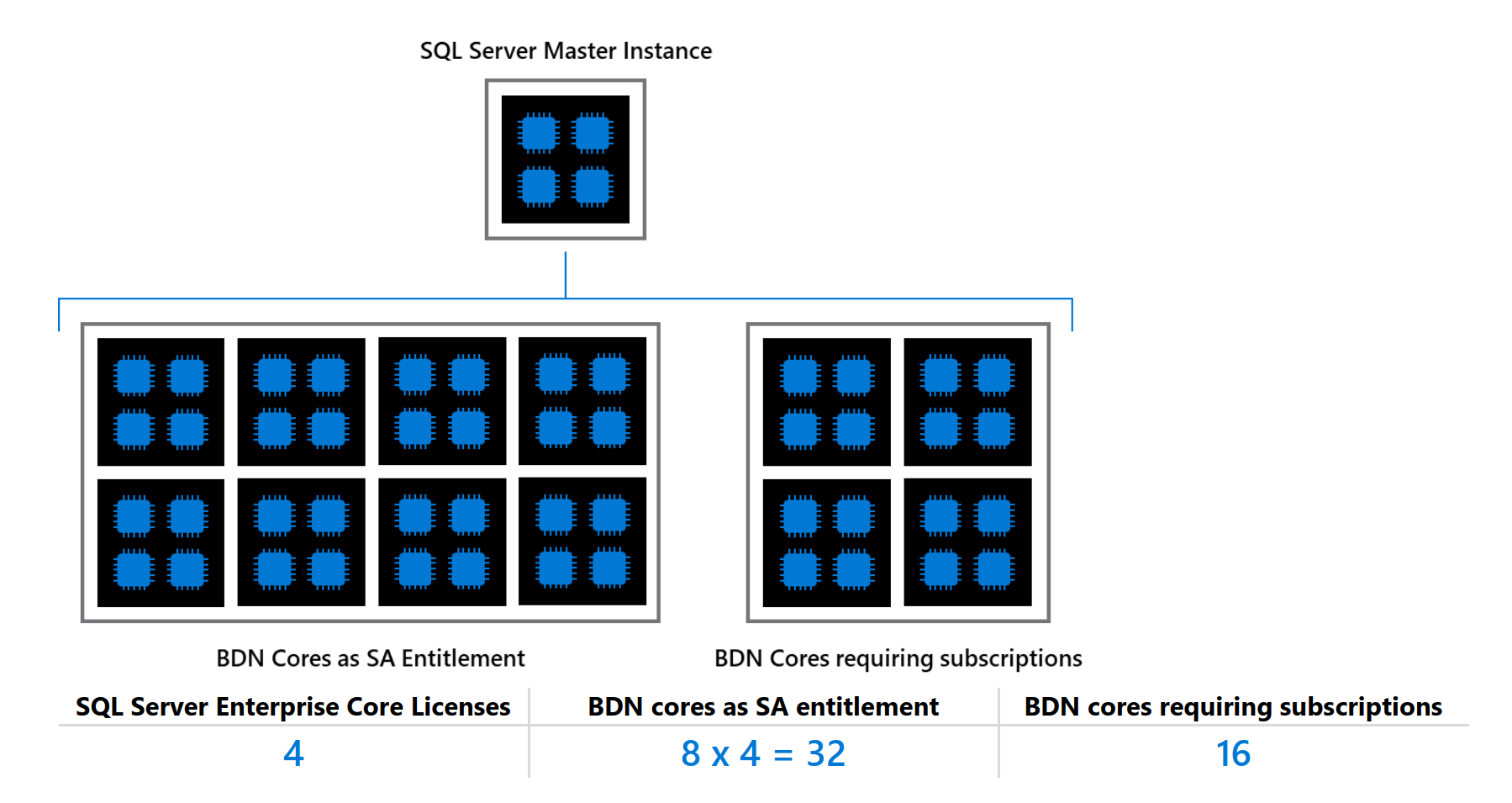 In the above image you see the “SQL Server Master Instance” with 4 cores. (Each black square is an instance and the little blue squares inside are the cores.) Under that, you see a group of 8 instances on the left labeled, “BDN Cores as SA Entitlement” (BDN is for Big Data Nodes.) On the right you see a group of 4 instances labeled, “BDN Cores requiring subscription.”

So, before I continue, let’s assume you’re running SQL Server Enterprise Edition. The licensing guide states that you *must* have a regular core-based license for the BDC master instance. The BDC master instance is treated like a regular production SQL Server when it comes to licensing. You must also purchase SA (Software Assurance) which will unlock the greater benefit for BDCs.

What is that benefit you say?

Well, with the addition to Software Assurance (assuming you have Enterprise Edition) you are “entitled” to 8x the number of cores you licensed for your BDC master instance.

So going back to the image above, if you purchased a 4 core license for your master instance, then you are entitled to 32 (8×4) core licenses you can use towards BDNs, or big data nodes.

But what if you have, or need, MORE cores than that? Simple…

Then each core that you want a license for on a big data node only costs $200 per core per year. Purchased as a 2-pack so that is $400/year. You can read more about the actual cost per core here.

But what about Standard Edition? 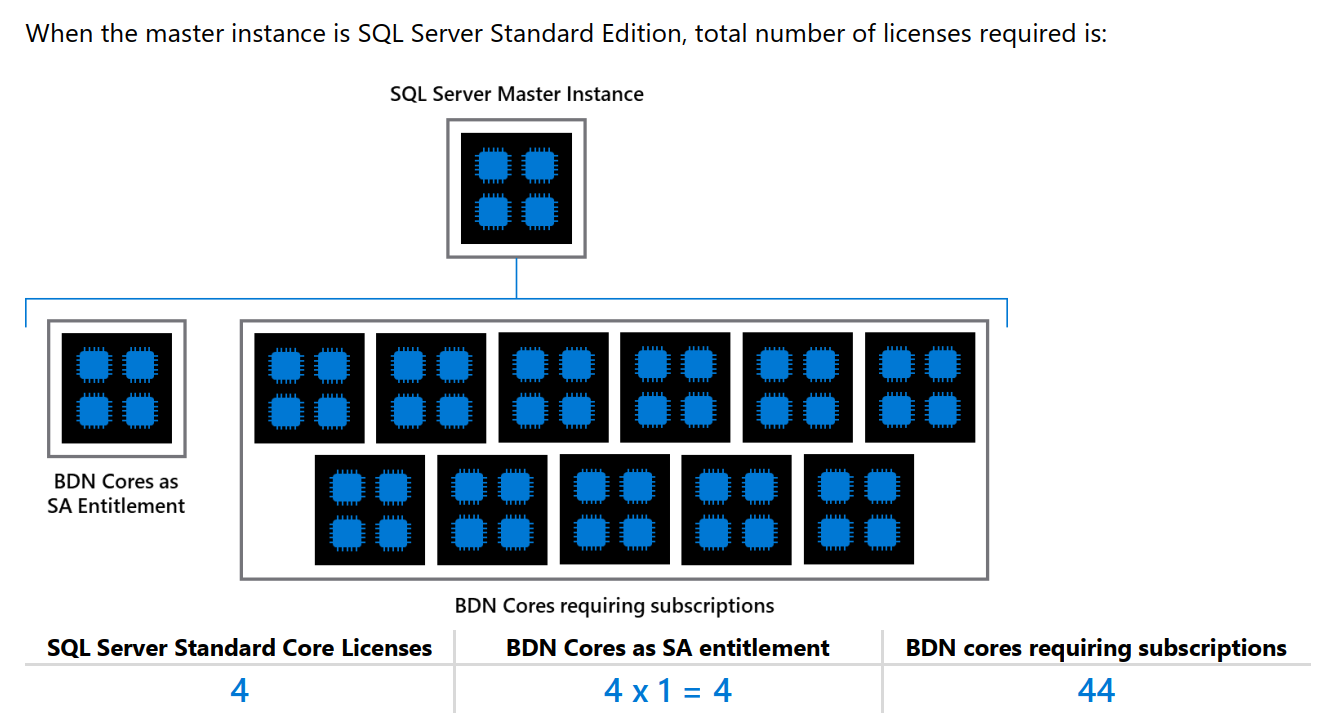 I’m a big proponent of deploying your BDC on Azure Kubernetes Service (AKS). When it comes to licensing, whatever your licensing is (Enterprise or Standard) it will be the same on Azure. Simple.