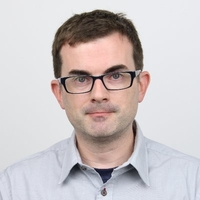 Joe: Well, first I should mention I work for a company that sells Cloud services (I work on the Azure SQL Database team, QP focus), so I’m not an unbiased source. Disclosures aside, I have been working with SQL Server since 1997 and I definitely see the shift happening with customers – particularly for hybrid scenarios, with a mix of on-prem, IaaS, and PaaS. As for readiness – a few years ago if there was a Cloud session at a conference, it risked being very lightly attended. Today, these sessions are much more popular. Given the trends we’re seeing, I think SQL Server professionals have a 5 year window to be comfortable helping in both worlds. In general I’m not worried about SQL Server professionals who are resistant to this shift. The market will speak for itself, and DBAs and Developers will then move with the market. Another major factor is the push for skills in data science and artificial intelligence. This too will influence what it means to be a SQL Server professional over the next few years.

Joe: I think the top 25% DBAs can hold on to their traditional role for many years to come. I do see the “average” DBA role as we know it looking very different in a few years – and there will be a tipping point where it will take more energy to find purely traditional DBA work versus learning how to also provide value in a hybrid world. There are so many interesting avenues to explore, so I think if you’re curious and like to learn new things you’ll be fine and you’ll have work to do for many years to come. When you’re not sure which path to pursue, I recommend you pay attention to business and developer pain points. If you make life easier for others and help them achieve their goals, you’ll have a seat at the table.

Joe: I’d say it would be from 2009 to 2011 when I was the acting Program Manager for the SQL Microsoft Certified Master program. It was “acting PM” because my formal role was as a full time SQL Premier Field Engineer during that time with a customer workload – but on the side I managed the certification program and then would take a few weeks on the campus for the management of the event and exams. The MCM community – which to me includes the aspiring candidates, certified folks and instructors, were (and are) incredible and it was such a unique life experience. While I’m proud of my part in the broader MCM story, I also am sad about it. The program was very expensive and I was warned in no uncertain terms it would be shut down unless we made some big changes. In reaction to this, we took steps to scale the program and reduce candidate costs, but I think it was too late. I was grateful that we received a wave of very worthy new MCMs before the program was shut down.

People like challenges and something tough to aspire to. I acknowledge that “cloud speed” may make such a program difficult to sustain from a business perspective. I don’t work in the certification space anymore, but I still keep an eye on it as I think it has its place as a forcing function for learning beyond what your current position may demand. The Microsoft Professional Program, while very different in format and scope from MCM, seems to be getting a positive reception. I hope that program continues to evolve and expand.

Joe: Of all the non-technical books – my favorite by far is “I, Claudius From the Autobiography of Tiberius Claudius Born 10 B.C. Murdered and Deified A.D. 54” by Robert Graves, as well as the follow-up, “Claudius the God: And His Wife Messalina.” It is the best historical fiction I’ve ever read and an effective study on the perils of corrupt, cruel and insane leaders.

Joe: My philosophy is as follows… Look at where your interests and motivations are and where they intersect with market demand. That intersection is where you should unapologetically cultivate your skills. Yes, this means filtering out several subjects. And yes, it means you won’t know everything beyond that scope – but being the full breadth-and-depth expert for all things SQL Server ended years ago.

Also, remember there will also always be people who know more than you. That should keep us all humble – and gives you permission to keep asking questions and learning new things.

One last point on this subject; with SQL Server and Azure SQL Database, be prepared to “re-learn” over time. There is so much content that it doesn’t hurt to revisit old topics that you think you may already understand deeply. We can forget “first principles” or may have misunderstood aspects of a concept the first time around. Revisit the fundamentals periodically.

Mohammad: If there was only one feature you can name in SQL Server 2016-2017 that you absolutely love what would it be? (You can name a couple if you have to :)

Mohammad: What SQL Server feature would you say people are “scared” to implement but would greatly benefit from if they took the time to learn/implement it?

Joe: Based on recent discussions at the SQL Clinic at PASS Summit this year, I’d say Query Store. Some are worried about the overhead – but I think for most, this fear is unfounded. We haven’t posted specific overhead numbers on this, but you can measure this in your own prod-like environment if you have a representative workload to replay. Query Store is beneficial in so many ways. Query Store would have saved me hundreds of hours of troubleshooting time over the early years of my career had this feature been released earlier. If you have it enabled and actively collecting telemetry, don’t forget to use it.