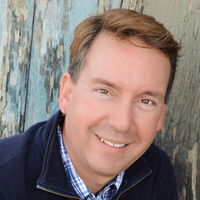 Mohammad: Where do you see SQL Server technology evolving to 5 years from now? More cloud focused?

Tim: My bet is definitely on the Cloud. The Cloud-First methodology has been in place for a couple of cycles of releases for Microsoft SQL Server now and I don’t see that changing. It’s been beneficial to both Microsoft in terms of revenue and leadership in the Cloud and it’s boded well for SQL Server Professionals because we’re seeing more stable releases of the “box product” because of the vetting in Azure before releasing to non-cloud production. That means it’s ultimately benefiting anyone who works secondarily with SQL Server and anyone using the product.

Tim: There will always be a place for “traditional” SQL Server DBAs but don’t be surprised if some day down the road their role is similar to those COBOL developers that are still out there. Any IT role is in a constant state of flux. Look back at what a “traditional” DBA was doing 5 or 10 years ago compared to now and it’s changed but slowly. Expect that continued rate of change. Those interested in jumping into newer alternatives have nothing but opportunities in front of them. They just need to be proactive with learning those skills and getting their name out there.

Tim: That is a difficult question since I jumped right into volunteerism at my first PASS Summit back in 2002. Having had roles in developing the PASS Virtual Groups, SQLSaturday, and outreach to the Developer audience. I’m really looking forward to the contributions I’ve yet to make to the SQL Community – specifically the PASS association members – in my new role as Executive Vice President of Marketing that I step into on January 1. Likewise the writing I’ve done for various websites aimed at the novice DBA has been challenging but extremely rewarding. Ultimately, I think I’m most proud of what I’ve done with building SQL Cruise – now known as Tech Outbound. It’s been a way for me to provide a training/conference model that has not been offered before and is still unique to the Microsoft Data Platform audience. We Data Professionals have a stressful work structure and are constant learners. SQL Cruise/Tech Outbound allows for that training with Thought Leaders in the areas of performance tuning, configuration, BI, Data Science, Power BI, and now developer topics such as .Net, C#, R, and Python while also enjoying down time in exotic locations and networking with peers; all while bringing your family along to join you when not in class. The success stories of former “cruisers” I’ve witnessed has shown that I’ve made a positive difference in the careers and lives of others and that is an amazing feeling!

Tim: It’s funny. I used to read all the time. Then I wrote a technical book (Performance Tuning with Dynamic Management Objects with Louis Davidson) and I soured on reading. It takes a lot for me to get into a book anymore but when I do I tend to get swept up in suspense novels and in the case of Jim Butcher’s Dresen Files, urban sci-fi. So that series is highly recommended as well as anything by John Rollins in his Sigma Force series are what tends to capture and hold my attention. Right now I’m in the process of wrapping up my 200 hour certification as a Certified Yoga Trainer so most reading right now is all about anatomy, meditation, and Ayurveda. As a Data Pro I definitely find meditation and mindfulness a tool I use to keep myself calm in high-pressure situations in the office (and as a parent!)

Tim: Do I think it’s wise? I think that any time you can expand your knowledge base into other areas will always make you more valuable. If you can find areas to scale to that are of interest to you then all the better. The more interested you are in a topic the better you’ll be at it because it will hold your attention and pull you in to learn deeper about it. You can have 20 years of experience in a discipline but if you’ve only worked with a narrow focus of topics in that area then you’re not going to be as attractive to new opportunities than someone who has worked across a broad range of areas in your profession over only 5 years. I definitely recommend growing one’s knowledge base.